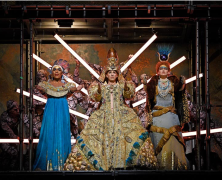 Director Phelim McDermott tackles another one of Philip Glass’s masterpieces, following the now-legendary Met staging of Satyagraha. Star countertenor Anthony Roth Costanzo is the title pharaoh, the revolutionary ruler who transformed ancient Egypt, with the striking mezzo-soprano J’Nai Bridges in her Met debut as his wife, Nefertiti. To match the opera’s hypnotic, ritualistic music, McDermott […] 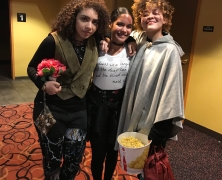 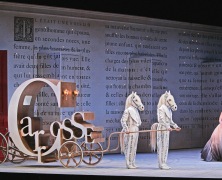 “Glorious,” raved the New York Times when Joyce DiDonato sang the title role of Cendrillon at the Royal Opera in 2011. “Her performance was thoroughly enchanting.” Now, for the first time ever, Massenet’s sumptuous take on the Cinderella story comes to the Met, with DiDonato starring in the title role. She is paired with mezzo-soprano Alice […] 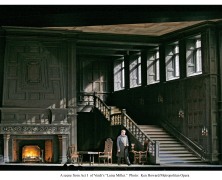 James Levine and Plácido Domingo add yet another chapter to their legendary Met collaboration with this rarely performed Verdi gem, a heart-wrenching tragedy of fatherly love. Sonya Yoncheva sings the title role opposite Piotr Beczała in the first Met performances of the opera in more than ten years. ESTIMATED RUN TIME 3 HRS 38 MINS […] 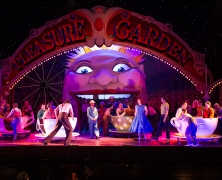 The third and final collaboration between Mozart and librettist Lorenzo Da Ponte is a fascinating paradox: a frothy comedy of manners with an intensely dark take on human nature; an old story (it has antecedents in Boccaccio, Shakespeare, and Cervantes, among others) with a startlingly modern tone; and a beautiful score depicting questionable behavior. Così […] 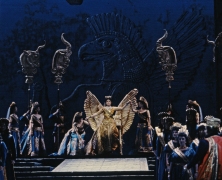 This masterpiece of dazzling vocal fireworks makes a rare Met appearance—its first in nearly 25 years—with Maurizio Benini on the podium. The all-star bel canto cast features Angela Meade in the title role of the murderous Queen of Babylon, who squares off in breathtaking duets with Arsace, a trouser role sung by Elizabeth DeShong. Javier […]