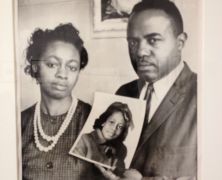 The High Museum of Art holds one of the most significant collections of photographs of the civil rights movement. The works on display are a small selection of the collection, which numbers more than 250 photographs that document the social protest movement, from Rosa Parks’s arrest to the Freedom Rides to the march on Washington, […] 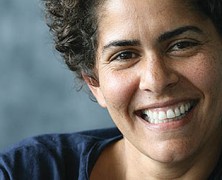 Join MacArthur Foundation Award–winning artist Julie Mehretu as she discusses her career and work, including the High Museum of Art’s recent acquisition, Mogamma (A Painting in Four Parts): Part II (2012). Mehretu, whose work is known for its dynamic formal complexity and multi-layered imagery, is interested in how the architecture of the public square, a site of […]

THE HIGH- ABELARDO MORELL: THE UNIVERSE NEXT DOOR

Photographer Abelardo Morell’s inventive career is driven by creative discovery.  He has conceived of new ways of looking at everyday objects and harnessed the basic principles of optics to create unexpected and mesmerizing photographs.  The Universe Next Door is a major retrospective and presents more than one hundred of Morell’s works, including a new series […]

With a curatorial department devoted solely to African art since 2001, and a curatorial position endowed by Fred and Rita Richman, the High’s collection has grown to encompass the dynamic diversity of African art forms from ancient to contemporary. The heart of the collection are sculptures from west and central Africa created between 1850 and […]