The third and final collaboration between Mozart and librettist Lorenzo Da Ponte is a fascinating paradox: a frothy comedy of manners with an intensely dark take on human nature; an old story (it has antecedents in Boccaccio, Shakespeare, and Cervantes, among others) with a startlingly modern tone; and a beautiful score depicting questionable behavior. Così fan tutte was only moderately successful at its premiere and remained just outside the standard repertoire for more than a century. Così still poses unique challenges, and correspondingly unique rewards, for the public today. Every possible impression of love—from the loftiest to the basest—is explored in this extraordinary opera.

A winning cast comes together for Phelim McDermott’s clever vision of Mozart’s comedy about the sexes, set in a carnival-esque, funhouse environment inspired by 1950s Coney Island—complete with bearded ladies, fire eaters, and a Ferris wheel. Manipulating the action are the Don Alfonso of Christopher Maltman and the Despina of Tony Award–winner Kelli O’Hara, with Amanda Majeski, Serena Malfi, Ben Bliss, and Adam Plachetka as the pairs of young lovers who test each other’s faithfulness. David Robertson conducts.

TEXT: Courtesy of The Metropolitan Opera 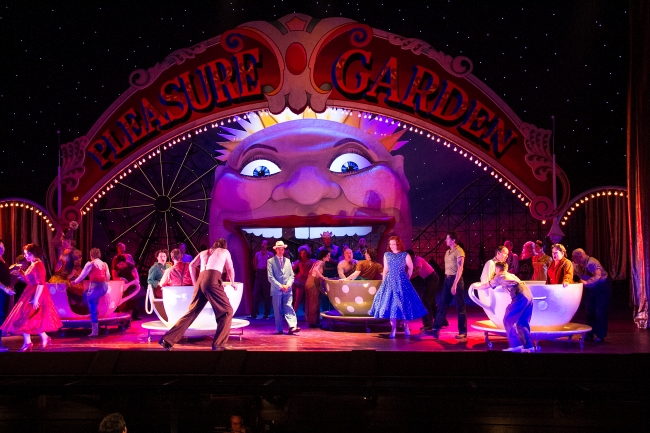