CLAIRE ROSEN (b.1983 New Jersey)- Known as a photographer whose whimsical imagery is inspired by fairy tales and fables, Rosen presents birds that are posed against complimentary vintage wallpaper. The resulting optical illusion of visual blending is reminiscent of Victorian Optical Illusion Postcards in which the image of the bird can either be seen as a flat part of the wallpaper or as bird posing in front of the wallpaper.  The visual relationship presented in the series between birds and wallpaper serves as the beginning of a discussion about how people see themselves in their environment. Some of the birds appear to be posing, as people would, to try and stand out from their surroundings and draw attention. Other birds turn their back to the camera and seem to want to use the wallpaper to camouflage themselves out of the center of attention. In both case, Birds of a Feather opens a dialog about the relationships between animals, humans and interior design.

Claire graduated from the Savannah College of Art and Design in 2006 with a BFA in photography. She received a liberal arts AA degree from Bard College at Simon’s Rock in 2003. Claire has won numerous awards for her work and in both 2012 and 2013, Claire was included in the Forbes 30 Brightest under 30 list for Art and Design. 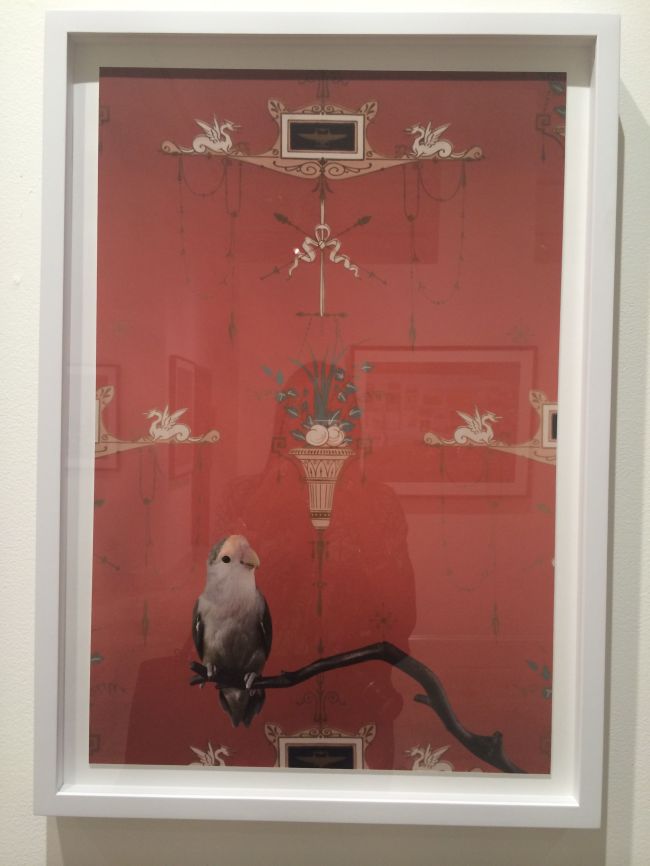 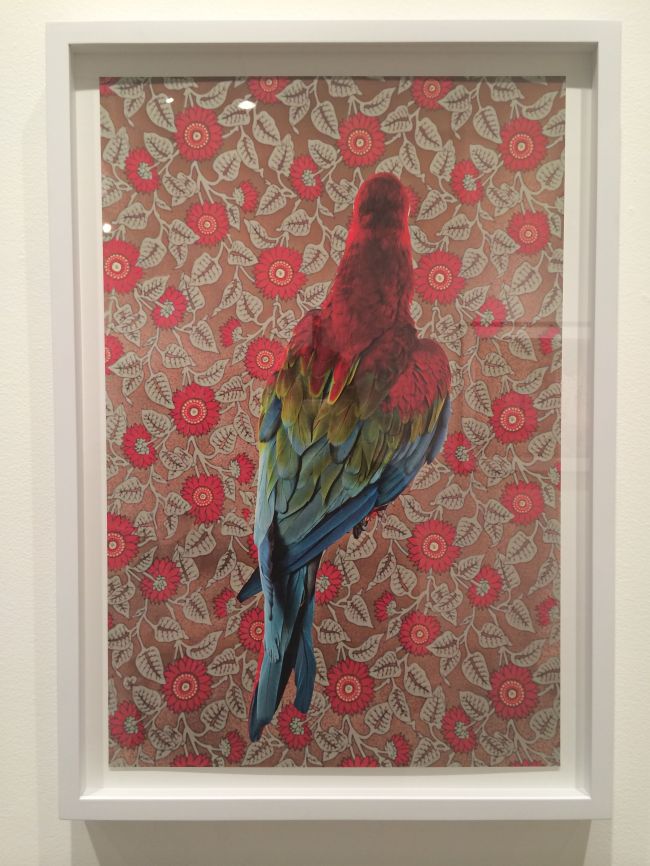 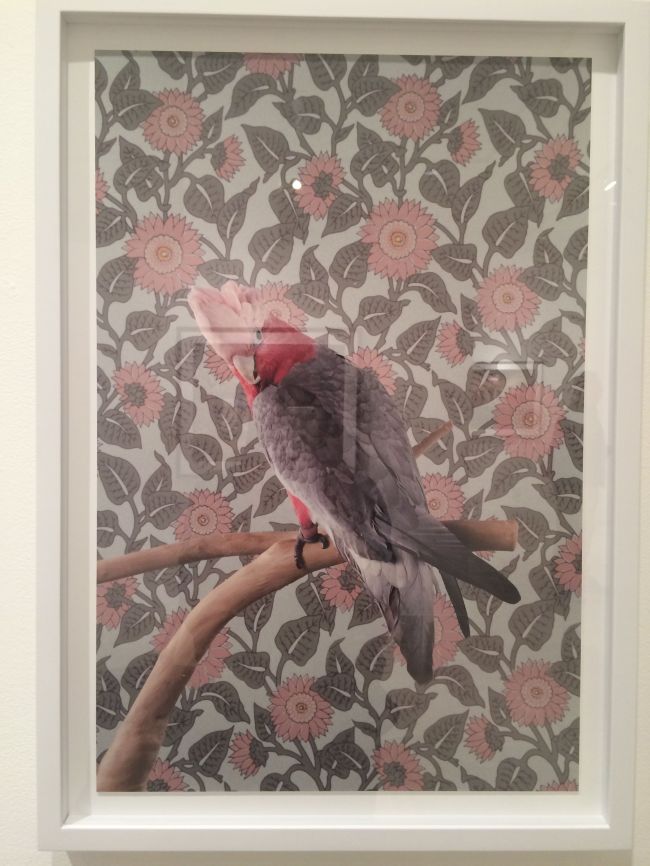 Layla with the bird

Cute face and the bird