The Palau de la Música Catalana was built between 1905 and 1908 by the architect Lluís Domènech i Montaner as a home for the Orfeó Català, financed by popular subscription.

The Palau de la Música Catalana is an architectural jewel of Catalan Art Nouveau, the only concert venue in this style to be listed as a World Heritage Site by UNESCO (4th December 1997), which today represents an essential landmark in the cultural and social life of Catalonia. Moreover it represents a symbolic emotional heritage for a whole people who identify with its history.

The building is designed around a central metal structure covered in glass, which exploits natural light to make the make Domènech i Montaner’s masterpiece into  a magical music box which brings together all the decorative arts: sculpture, mosaic, stained glass and ironwork. The guided tours offered by the Palau de la Música Catalana are a must on any visit to Barcelona.

The Concert Auditorium – one of the most distinctive in the world – is for more than hundred years the privileged setting for the musical life, both national and international, of the city of Barcelona. It has hosted world premieres and iit is a landmark symphonic and choral music. Dominated by the organ over the stage and with a central skylightportraying the sun, the auditorium is filled with natural light. A mystical, paradoxical hall, packed with figures like the muses which surround the stage, a bust of Anselm Clavé on one side and Beethoven on the other, and natural motifs, including flowers, palms or fruits.

As well as the large Concert Auditorium, the Palau has two other venues for the artistic life of the institution. One is the Petit Palau, a modern auditorium opened in 2004, ideal for chamber music or small-format concerts and offering excellent acoustics and high-tech audio-visual equipment. The last venue is the little gem of the Palau de la Música, the Sala d’Assaig de l’Orfeó Català, the Orfeó Català Rehearsal Room. A cosy, intimate venue for small-format concerts, talks, presentations – and, of course, where the Orfeó Català choirs practise. The first stone of the Palau, laid in 1905, is here. With its semi-circular arc of seats facing the half moon arch on the ceiling over the Concert hall stage, it features robust columns, stained glass and period decoration.

Another very special part of the Palau is the great Sala Lluís Millet, or Lluís Millet Hall, a meeting place in intermissions dedicated to Maestro Millet, the founder of the Orfeó Català. The hall is two storeys high, with great stained glass windows decorated with floral designs, giving an extraordinary effect. Even more exceptional is the balcony which can be seen through these windows, with its double colonnade decorated with distinctive colours and ornamentation. Another exceptional setting is the Foyer of the Palau, which has room for a large number of people, even seated at tables, both when there are performances and when it is used as a separate restaurant-cafeteria. The wide arches built with bricks and green and floral-pattern glazed ceramics give this area a distinctive air or its very own. 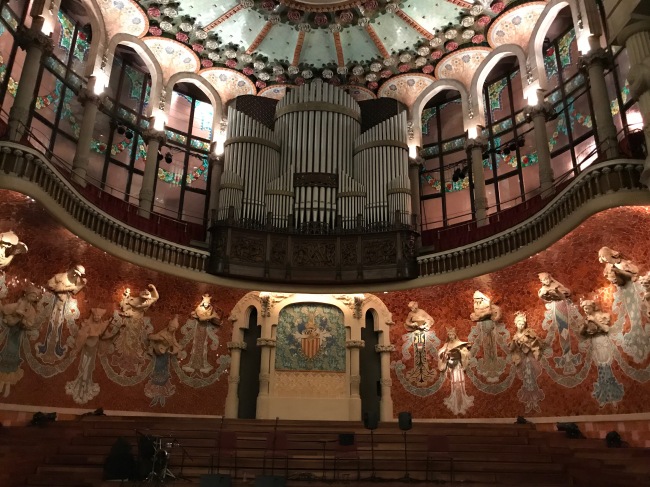 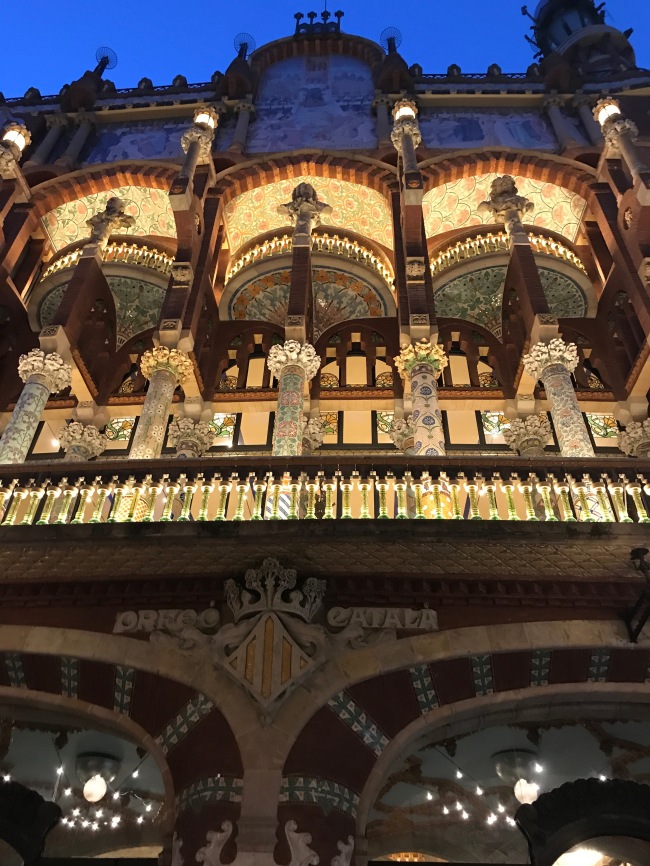 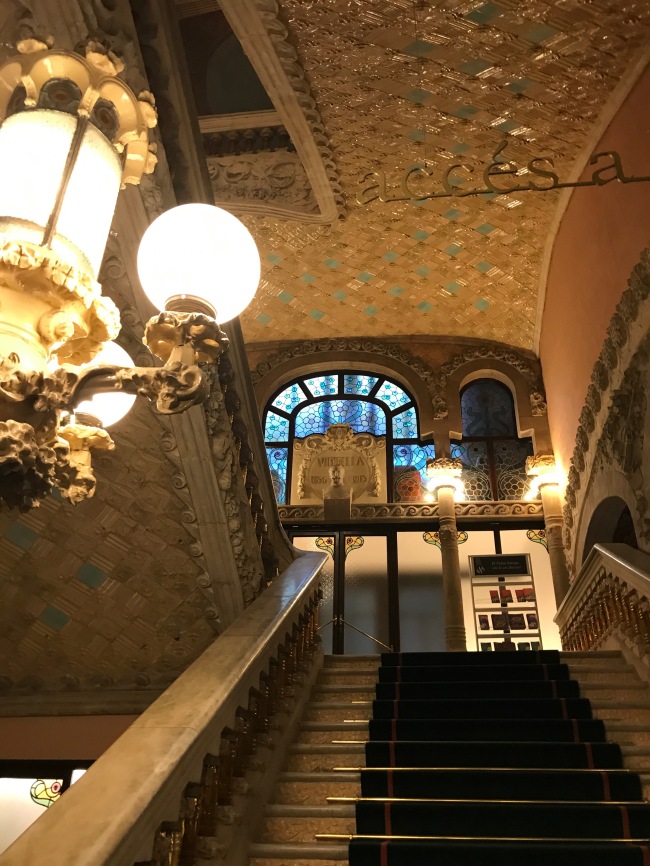