We are studying Hamilton at school in English class and we finally decided to see it.  It was wonderful.  I knew all of the lyrics, we had great seats, and it was the perfect time.  I am so glad that I waited until I could really appreciate it.  I knew there was a lot of buzz around Hamilton, but being so into opera and other things, I didn’t really pay attention.  At the end of 6th Grade, I started listening to the music and fell in love with the songs. Over the last year, my appreciation for the complexity of the music grew and I became genuinely curious to see the play.  We had a chance to see it in LA, but the ticket prices were outrageous and I didn’t want to see it that badly.  An opportunity arose to see it in NYC and I jumped at the chance.  Seeing Hamilton on Wednesday- the start of my EPIC week in NYC was the icing on the cake for the day!

Hamilton is the story of the unlikely Founding Father determined to make his mark on the new nation as hungry and ambitious as he is. From bastard orphan to Washington’s right-hand man, rebel to war hero, a loving husband caught in the country’s first sex scandal, to the Treasury head who made an untrusting world believe in the American economy. George Washington, Eliza Hamilton, Thomas Jefferson and Hamilton’s lifelong friend/foil Aaron Burr all make their mark in this astonishing new musical exploration of a political mastermind. 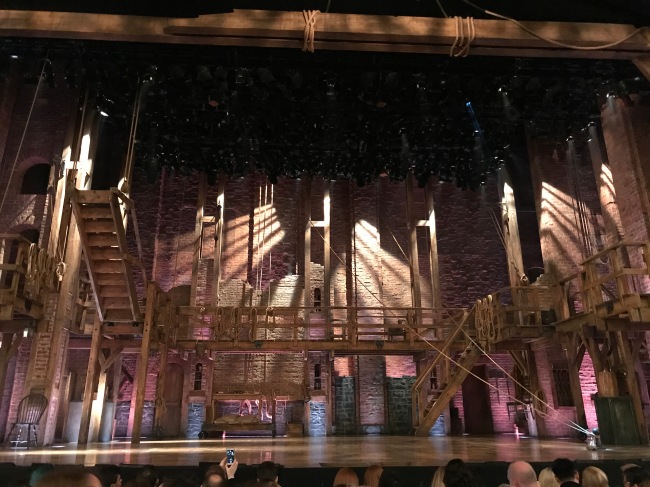