From the National Institute of Flamenco and presented by Berdolé, Flamenco dancer Carlos Menchaca performs at Red Light Café with guitarist / singer Cristian Puig, percussionist Emrah Kotan, and dancer Julie Baggenstoss. The group performs in the tradition of the “tablao”, conversing in music and movement in the language of Flamenco.

At age 10, Carlos Menchaca began studying Mexican Regional Dance, Ballet, Spanish Classical, and Flamenco with his Aunt Belinda Menchaca in San Antonio, Texas. By age 16, Carlos performed with Guadalupe Dance Company and the Southwest Contemporary Ballet. In 2006 Carlos relocated to Albuquerque where he attends the University of New Mexico, dances with Yjastros: The American Flamenco Repertory Company, and teaches at the National Conservatory of Flamenco Arts.

Julie Galle Baggenstoss has performed and choreographed Flamenco dance for the Atlanta Opera, Georgia State University’s School of Music, The Latin American Association, Coves Darden P.R.E., and at universities and museums from the Southeast to the Midwest. She is a member of the faculty of Emory University’s Dance Program, where she teaches Flamenco as part of the university curriculum. Julie is a former instructor of the Atlanta Ballet, and teaches for organizations such as the American Association of Teachers of Spanish and Portuguese, the Foreign Language Association of Georgia, and Georgia Public Libraries. She currently tours her original shows for kids “Ferdinand por farruca” and “That’s Apoyo”, and performs in “Olé flamenco”, presented by Young Audiences Woodruff Arts Center.

Julie’s dance style reflects continuing education and years of classes with Spanish dance teachers, including Angelita Vargas, Juan del Gastor, Manuela Reyes, Pilar Ortega, Manuel Liñán, and Juan Paredes. Her work is guided by the far-reaching input of Flamenco artists La Meira and Antonio Granjero. Off stage, Julie produces Flamenco performances and educational seminars involving Spanish Flamenco artists in residence in the United States of America. She lectures on the history, evolution, and cultural significance of Flamenco and its artists. Julie is the co-founder of jaleolé, a grass-roots marketing organization that shaped Atlanta’s Flamenco landscape for a decade. Growing awareness about Flamenco – its origin and evolution, its many and varied interpretations, and the art form’s place in American culture – is part of the work taking place in Julie’s projects, including Berdolé, flamencoclasses.com, Flamenco Georgia, and others.

Cristian Puig is a Flamenco guitarist, composer, and singer with Gypsy roots in Jerez de la Frontera, Spain, and a string of artistic successes in film, in the recording studio, and live on stage. He played the role of guitarist and singer “Joaquin” in the Alliance Theatre’s 2013 production of “Zorro”, and he has worked in films, such as “A Late Quartet”, for which he composed Flamenco music for the soundtrack. He performs as a Flamenco singer and guitarist across the United States of America and with his Flamenco trio Puig-Sanchez-Moreno in his hometown of New York. Born in Buenos Aires, Argentina, Cristian Puig is the son of flamenco singer Gloria Monreal and Flamenco guitarist Pablo Puig. As a teenager, Cristian began his studies in classical guitar at the conservatory of Manuel de Falla as well as Flamenco guitar with his father. Soon he took classes in Flamenco guitar with Quique de Cordoba and furthered his studies in jazz, bossa nova and contemporary music. In 1990 he formed and toured South America with his group Rabat, fusing jazz, bossa nova and Flamenco. Cristian released the CD “Entre Cuerdas” featuring Flamenco-jazz fusion and has just released a new CD entitled “Inflam Project”, which crosses Indian and Flamenco styles. 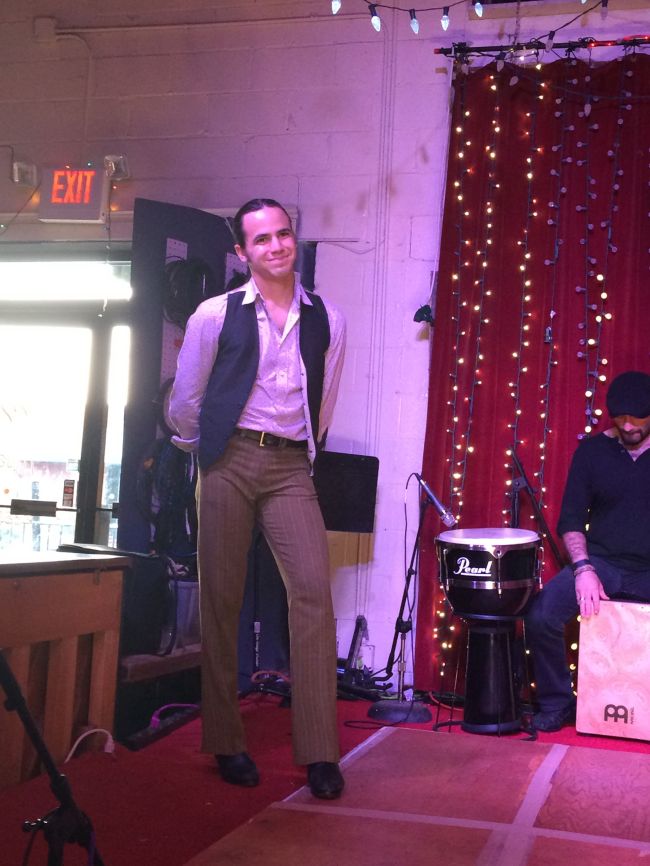 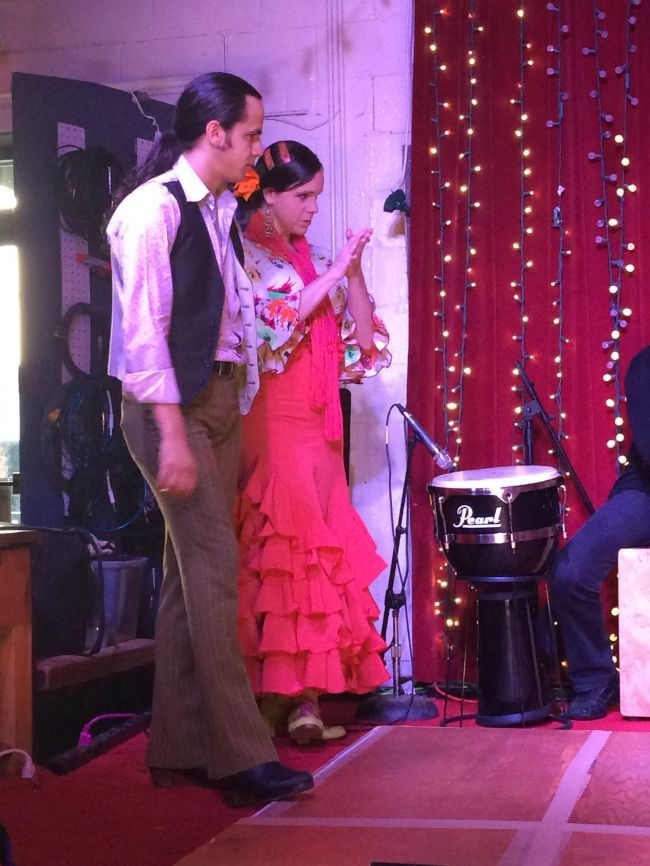 Carlos and Julie listening to the music 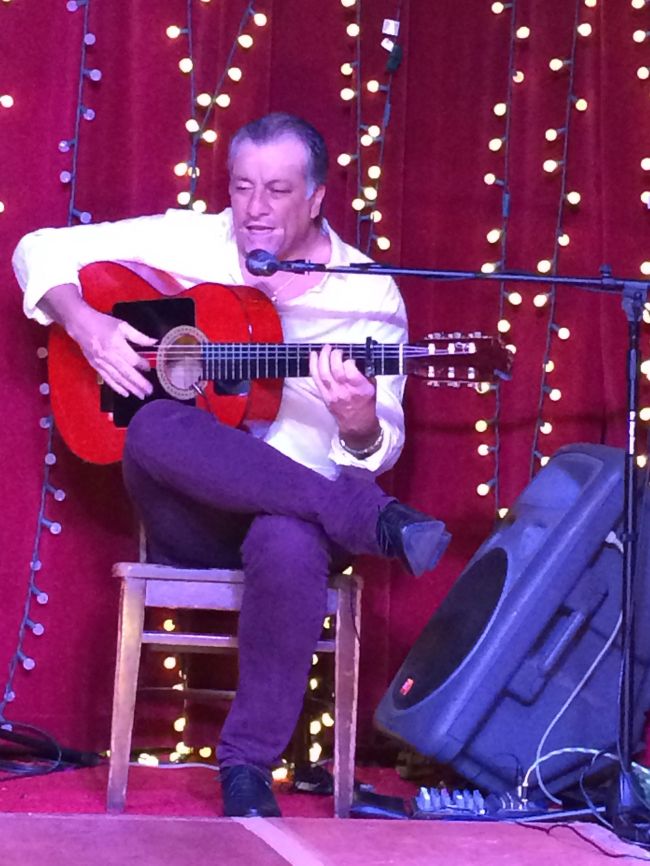 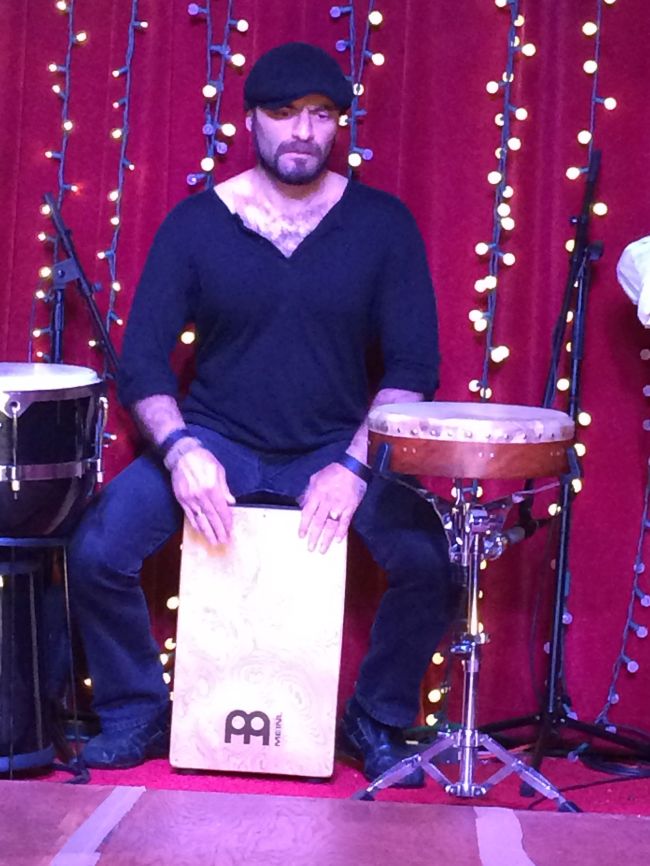 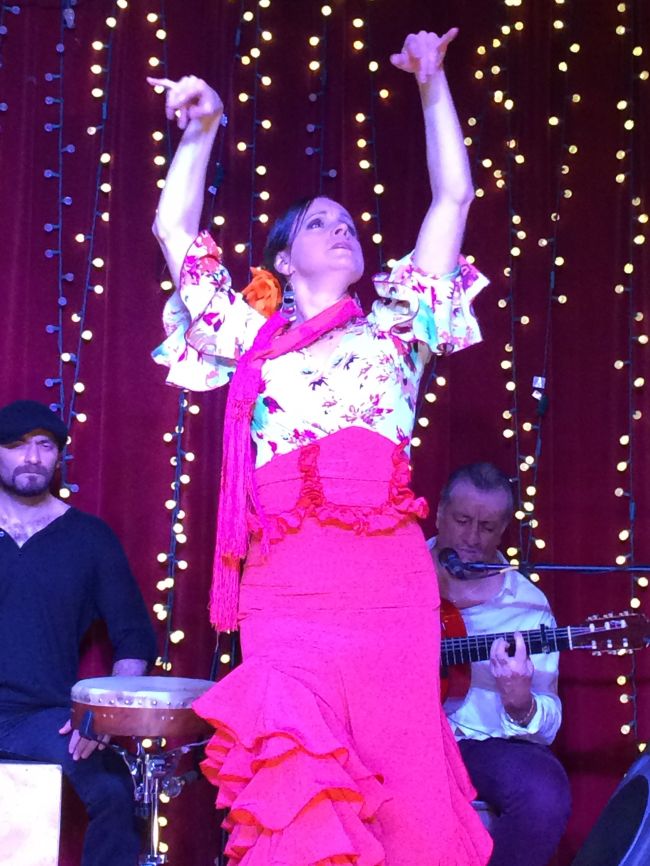 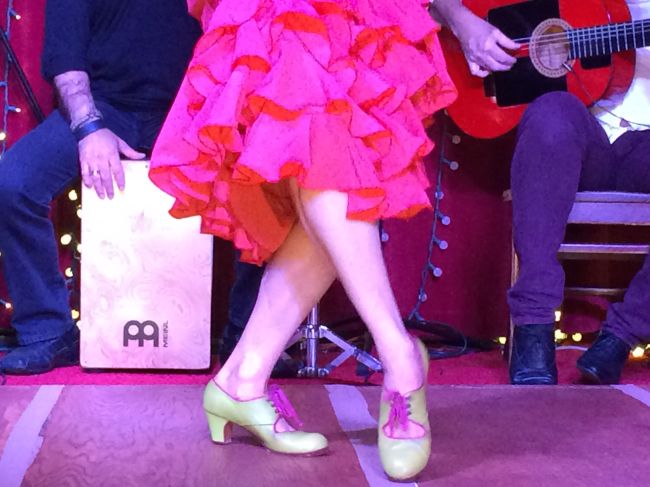 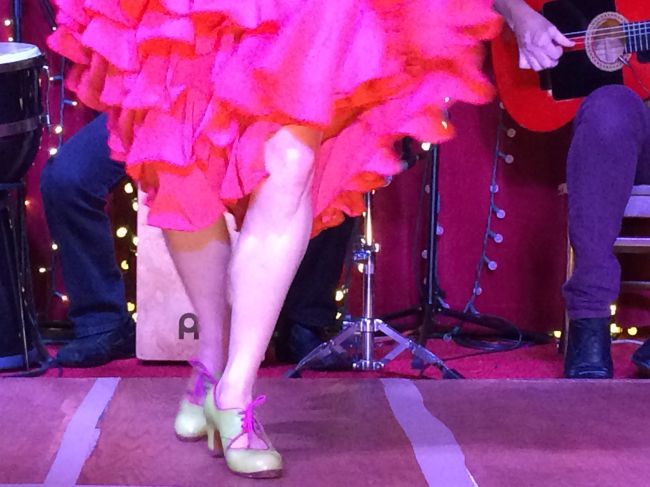 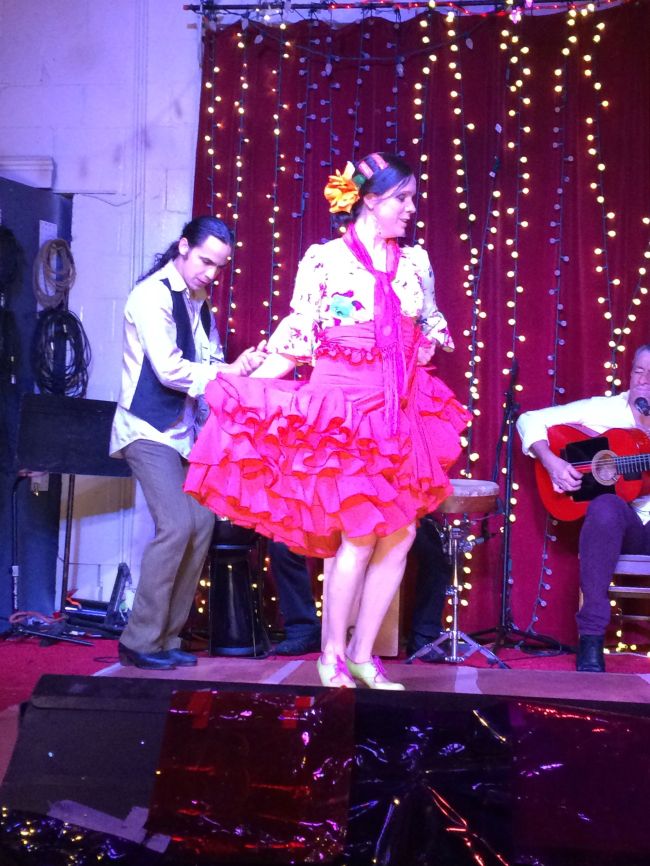 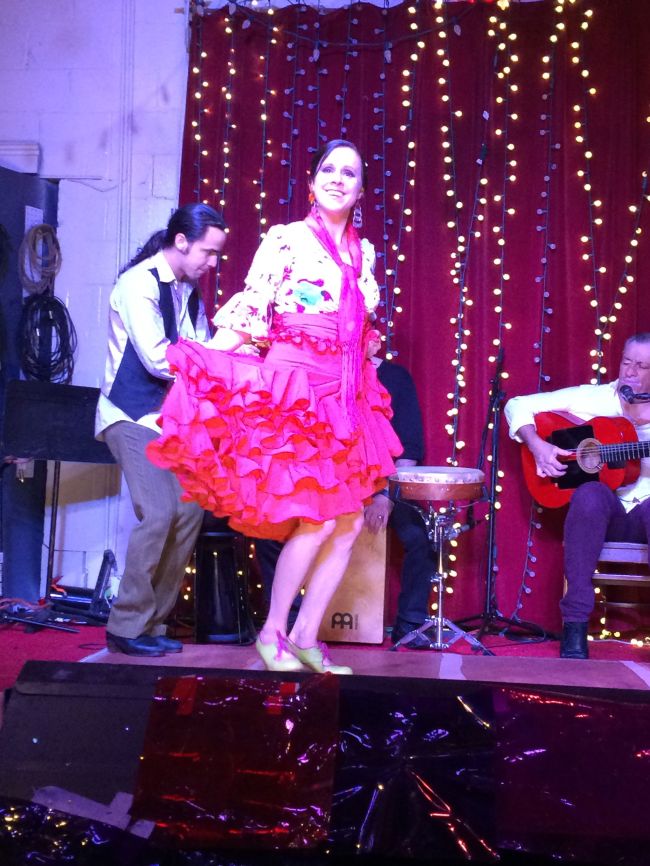 Francesca, her boyfriend and Layla 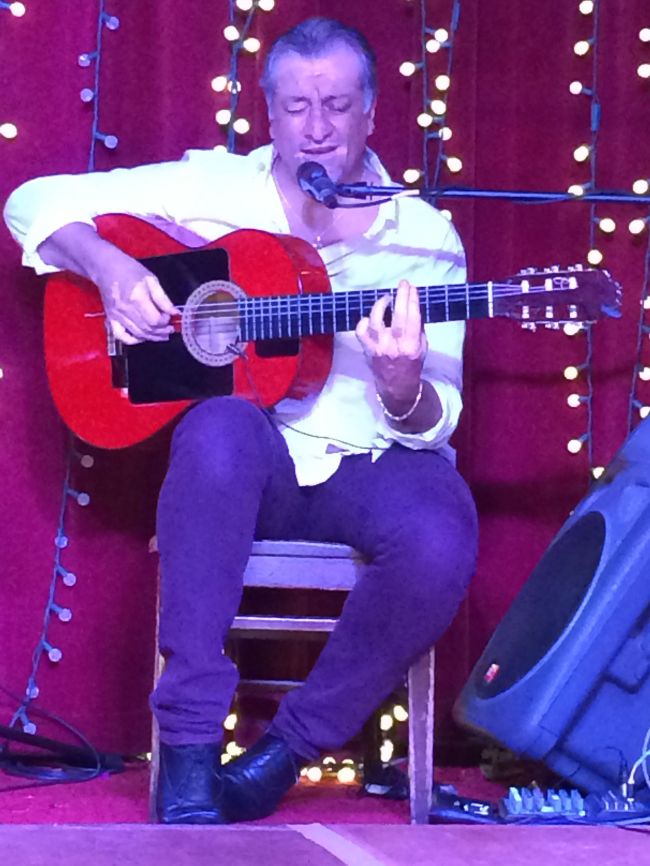 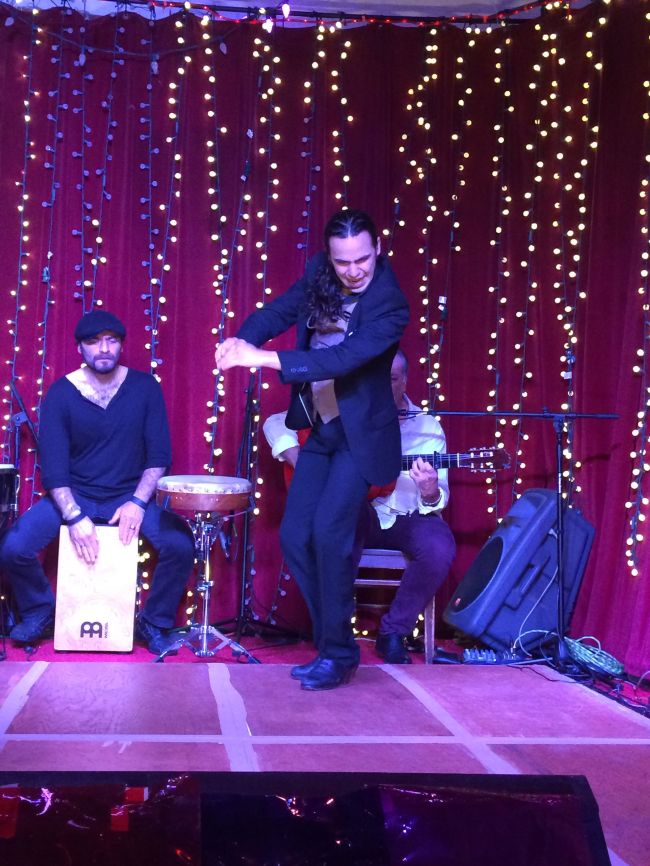 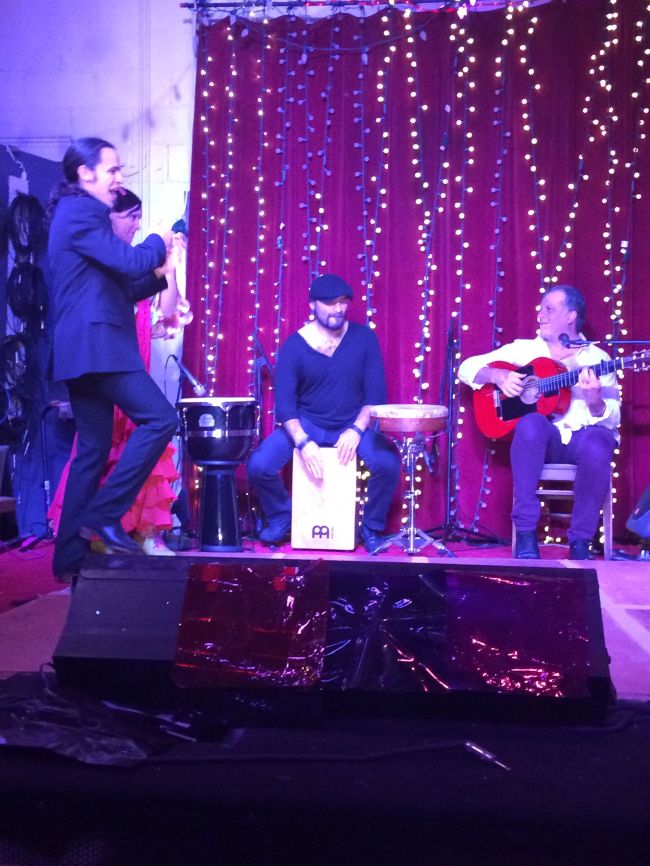 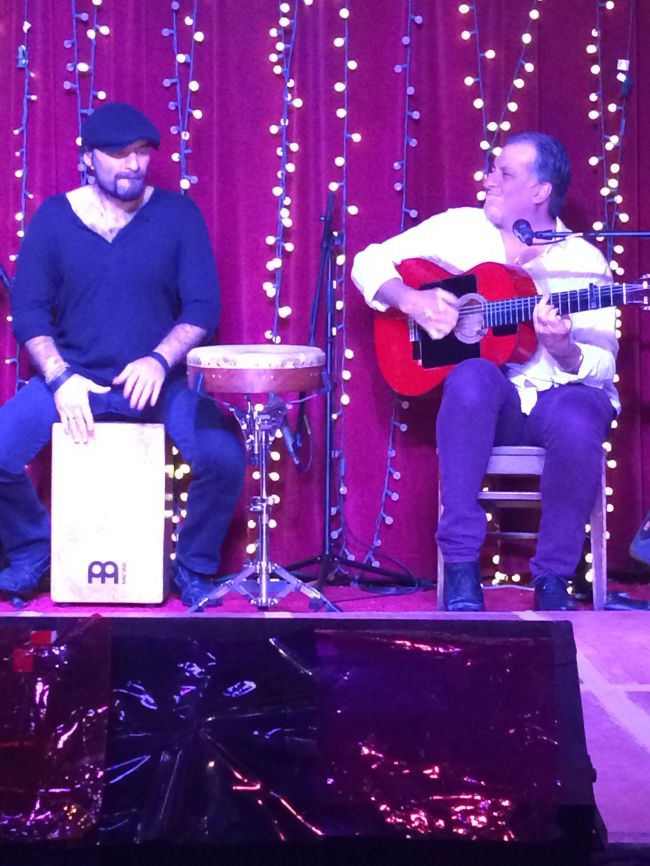 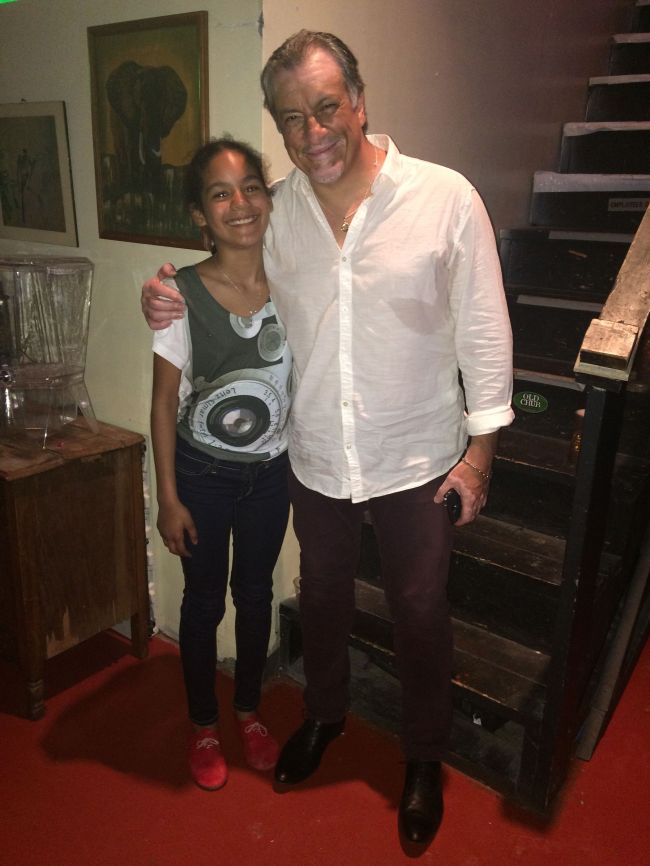 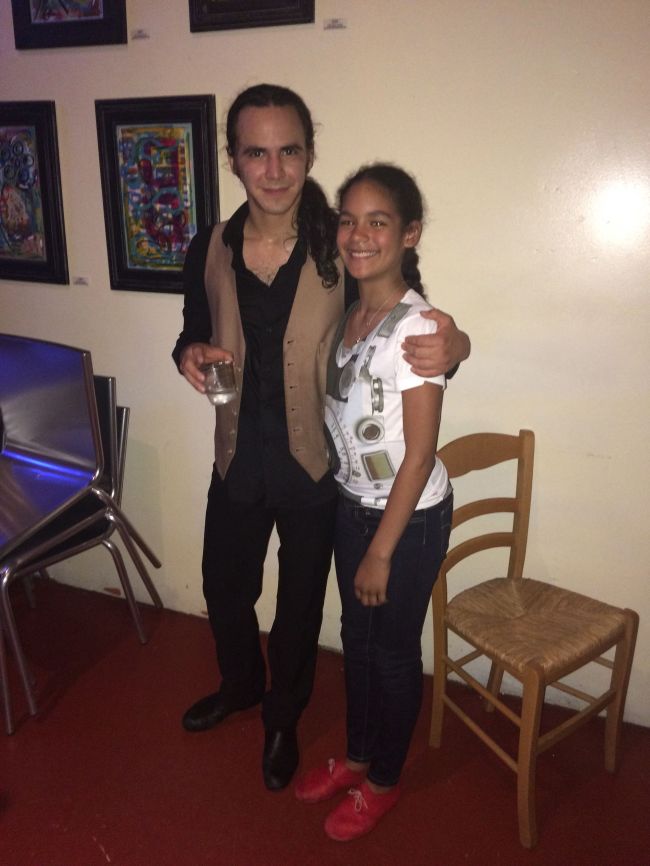 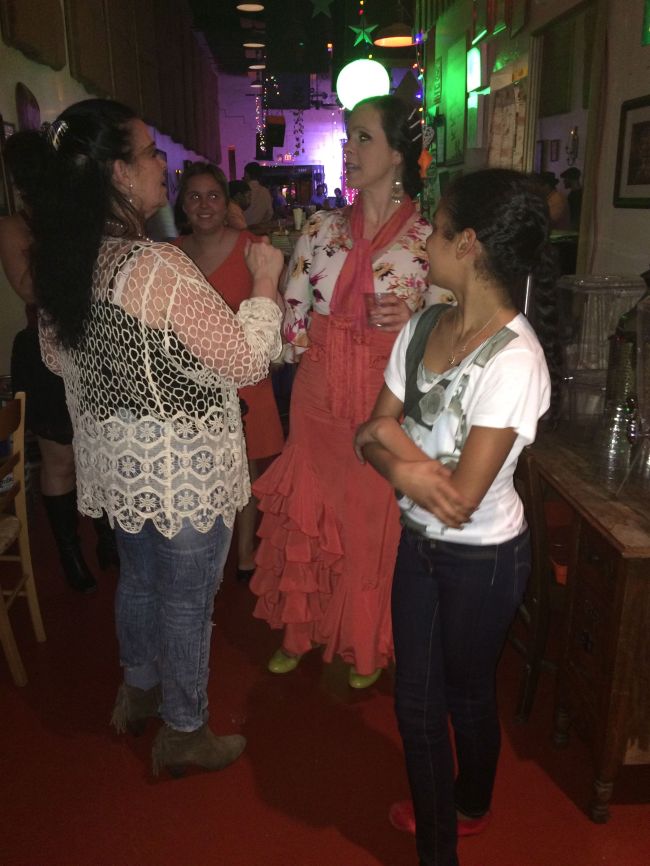 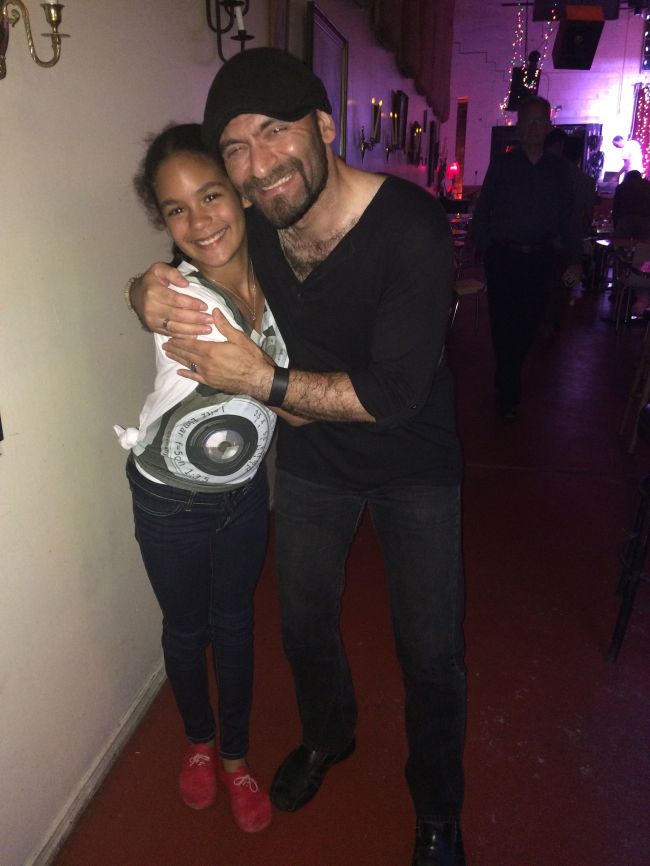 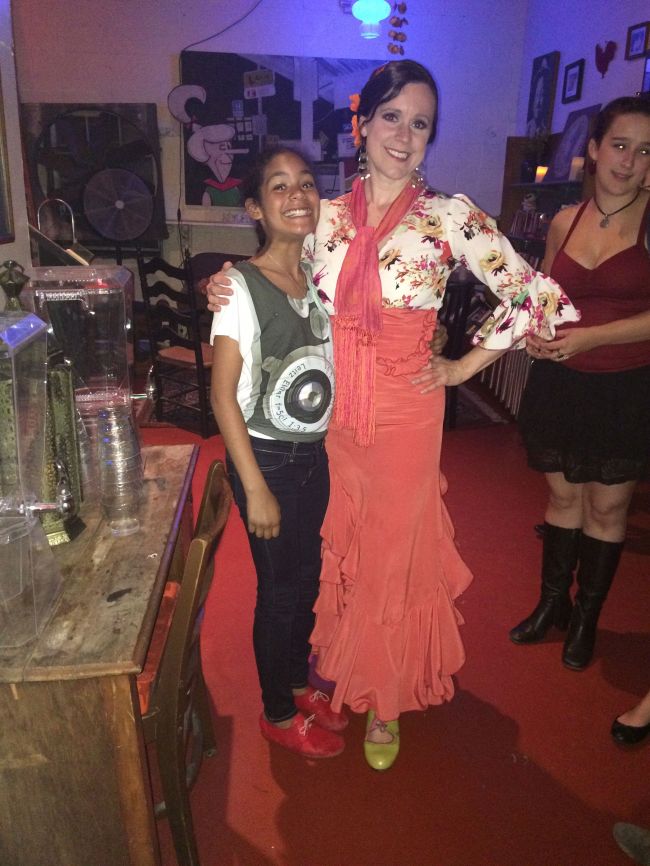