Through June 7, 2015 This exhibition presents a rare display of more than 100 works by celebrated Southern-born American designer Earl Pardon. On view will be 88 pieces of Pardon’s jewelry (which he referred to as his “portable works of art”) and a selection of his homeware designs, many of which have never been exhibited together. The assortment of homewares include exceptional examples of production work Pardon created as the assistant director of design for Towle Silversmiths in the 1950s. The jewelry in the exhibition dates from the 1950s to the early 1990s and includes many pieces that reflect Pardon’s signature style and inventive use of color, form, pattern and texture. The artist’s often abstract compositions employed the full range of colors available through enameling, as well as various natural materials including abalone shell, precious metals, gemstones, ivory and ebony. Pardon’s jewelry is known for its intimate relationship with the wearer, often having elements in the design that could only be seen and understood by the individual. Several works in this exhibition have joined the Museum’s permanent collection as acquisitions and gifts from long-time Atlanta gallerists and High supporters Martha and Pat Connell. Scholars of Pardon’s work, the Connells amassed a collection that is among the most significant holdings of his jewelry designs in existence.

The Coca-Cola Bottle- An American Icon at 100

The Coca-Cola Bottle: An American Icon at 100 explores the iconic design and creative legacy of the Coca-Cola bottle. Presented on the occasion of the bottle’s centennial, the exhibition features more than 100 objects, including more than 15 works of art by Andy Warhol and more than 40 photographs inspired by or featuring the bottle. Visitors will have the opportunity to view original design illustrations, historical artifacts and a century of experimentation with the Coca-Cola bottle, which has enticed multiple generations and billions of people worldwide and inspired numerous artists since its inception in 1915. Photographers such as Walker Evans and William Christenberry documented the Coca-Cola bottle’s universal presence in the cultural landscape of 20th century America. The Coca-Cola bottle also helped spur Warhol’s pioneering shift to his breakthrough pop art style. Organized by the High in collaboration with The Coca-Cola Company, the exhibition will be presented in two floors of the High’s Anne Cox Chambers wing. As visitors enter the exhibition gallery in the first-floor lobby, they will encounter more than 500 contemporary 3-D printed bottles suspended from the ceiling that reference the Coca-Cola bottle’s iconic design. The second floor displays will feature three main areas: a section focused on the design history of the bottle, a pop art section with more than 15 works by Warhol, and a photography section including works from the High’s permanent collection.

Bryan with Layla, Lia, Isabel and Laura taking a closer look at the Earl Pardon jewelry 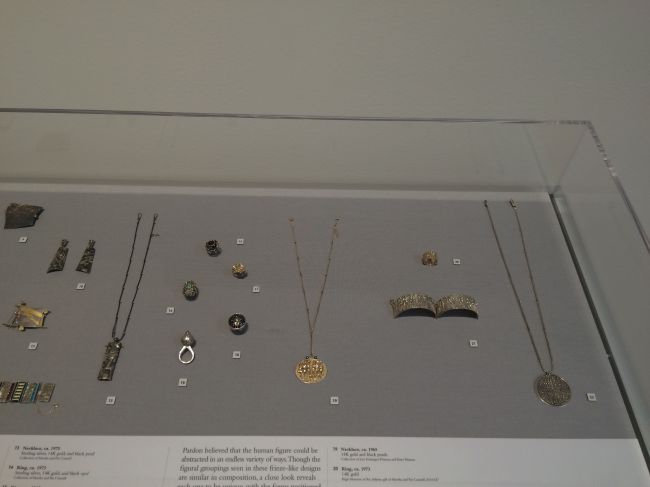 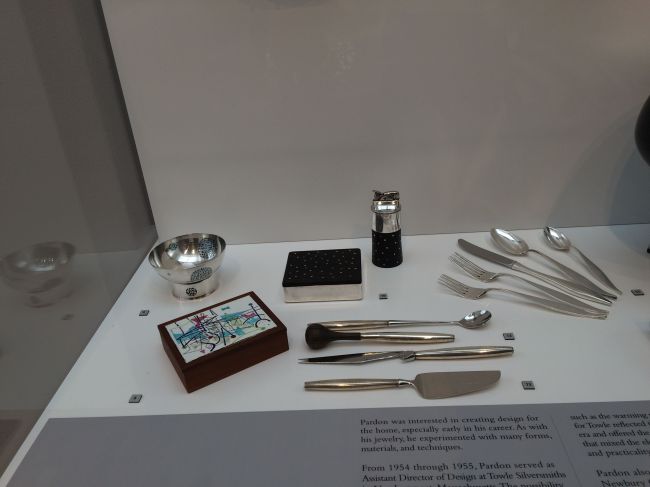 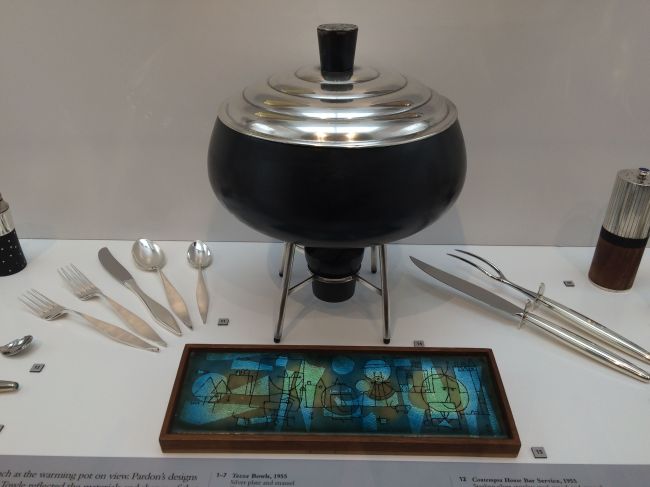 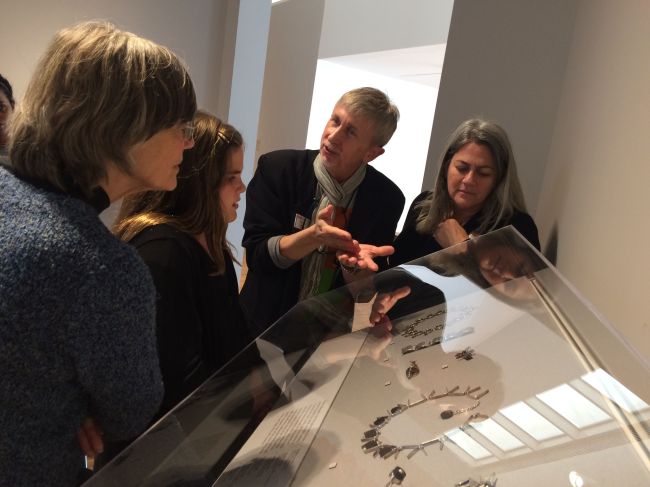 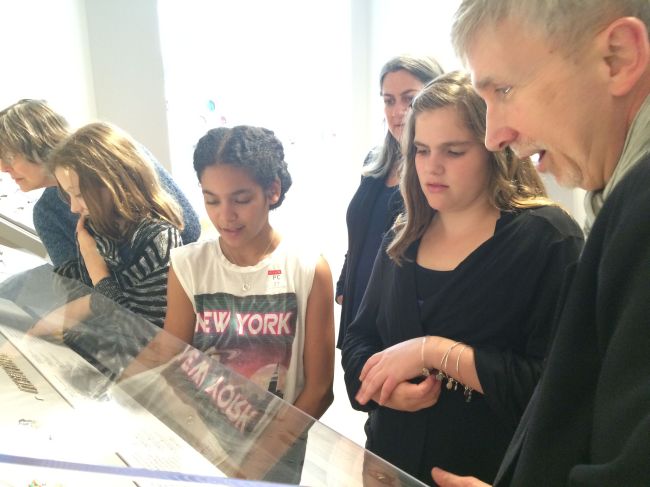 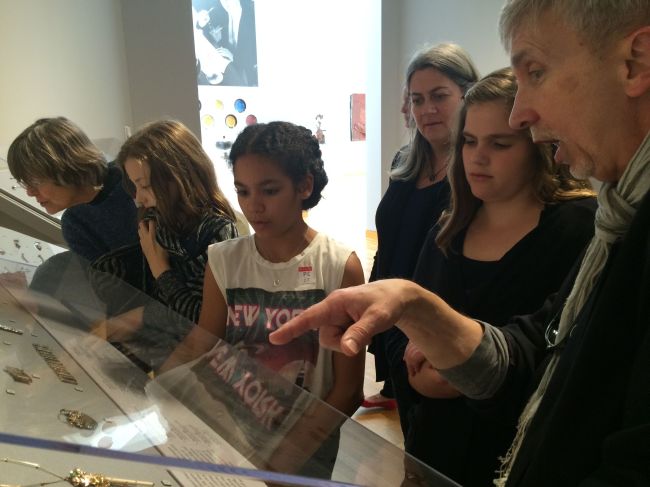 Lia, Cathy, Laura and Layla pointing out something on an Earl Pardon piece 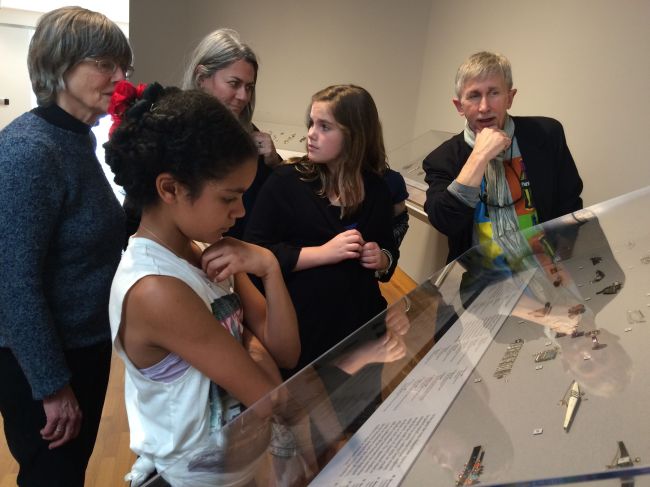 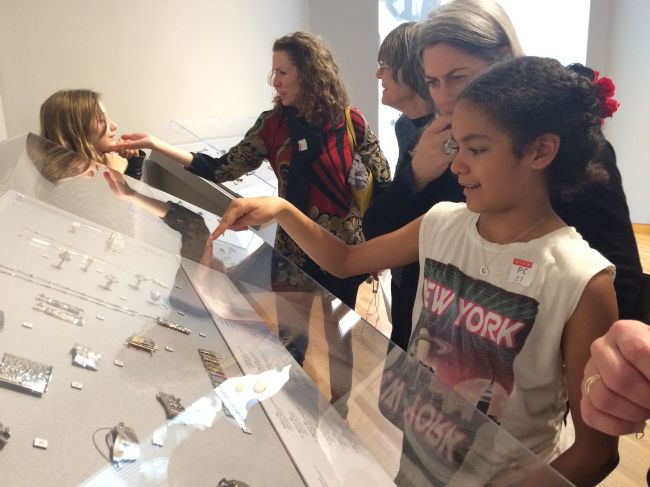 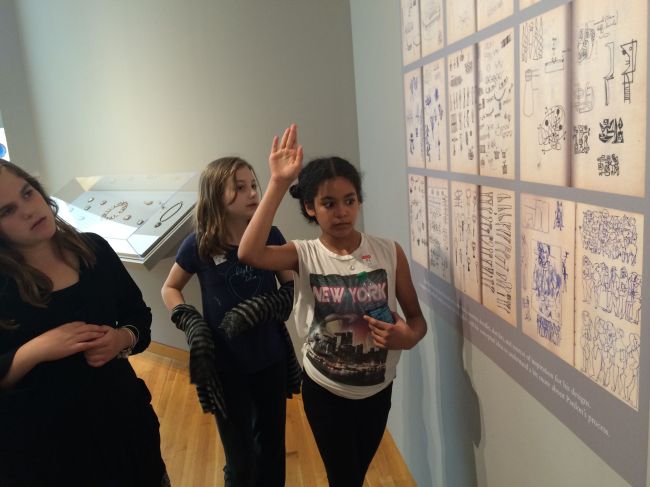 Layla raises her hand with Lia and Isabel looking on 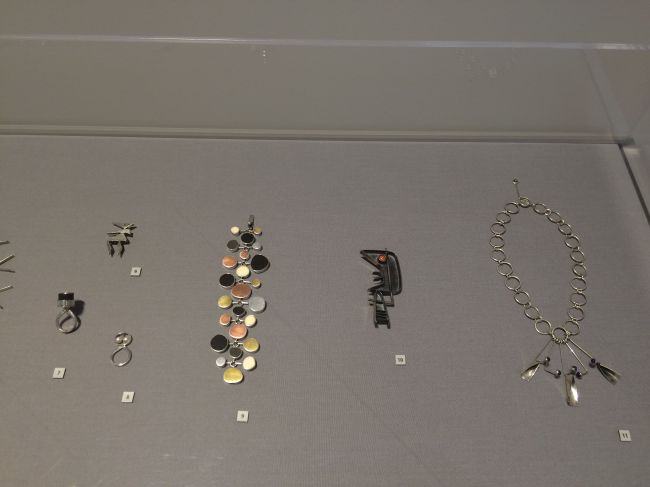 Lala with Isabel and Laura looking at the Earl Pardon collection 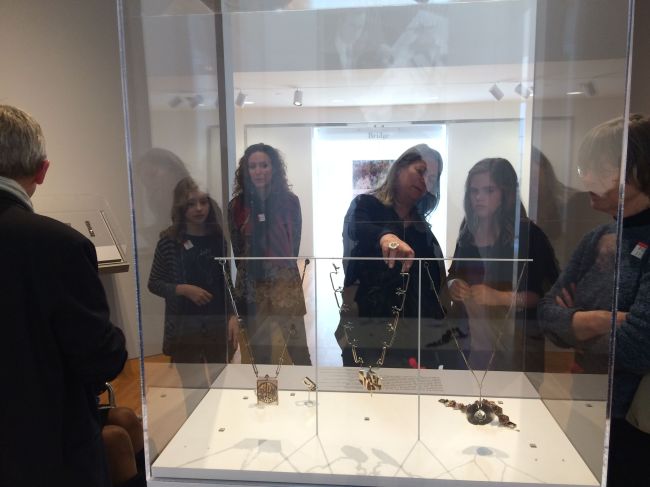 The group listening to Bryan discuss the Earl Pardon Collection 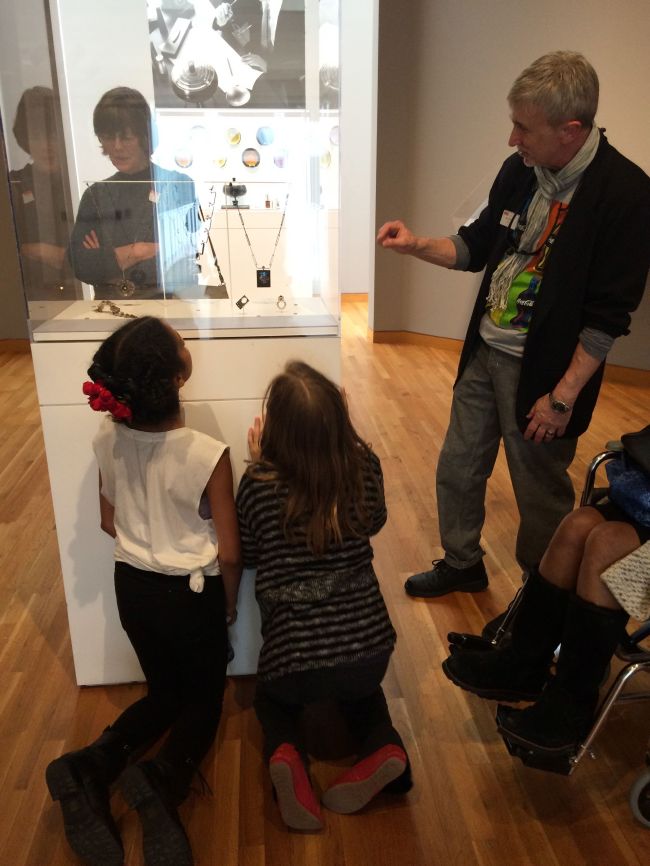 Layla and Lia listening to Bryan as Grandma Dickerman looks on

The Posse looking at the Earl Pardon tableware collection 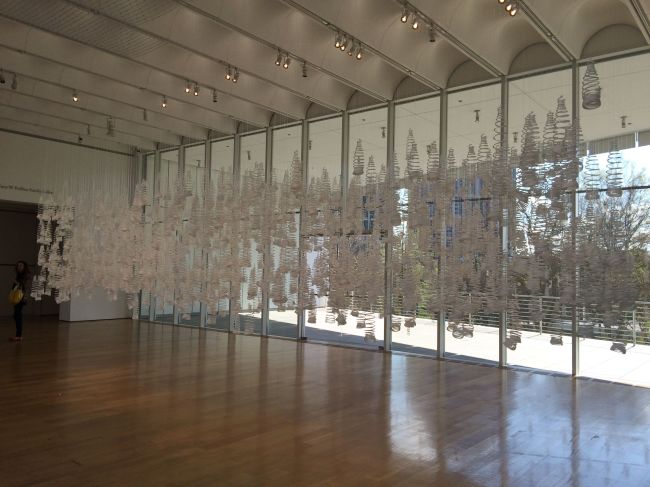 Layla, Lia and Isabel under the 3D Printed Coca-Cola Bottles 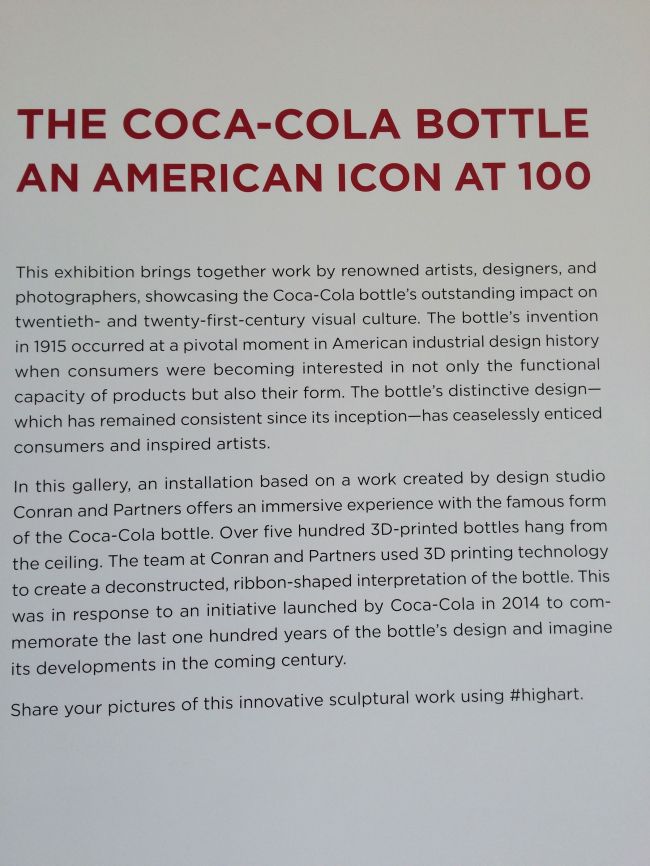 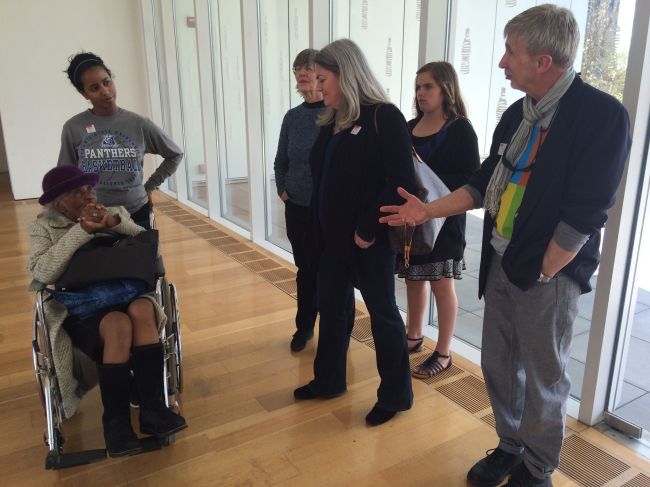 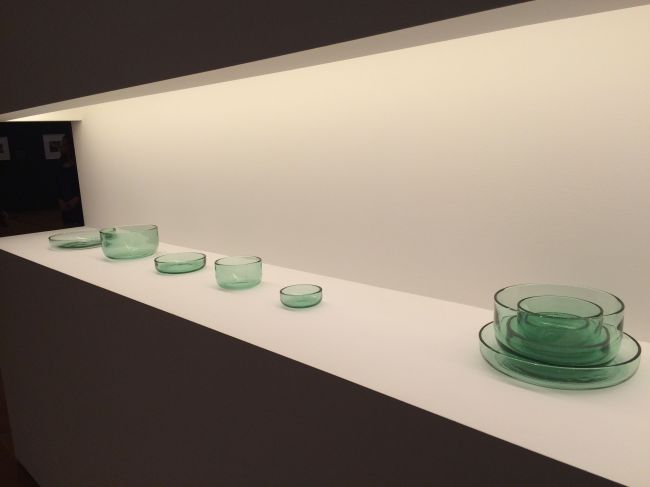 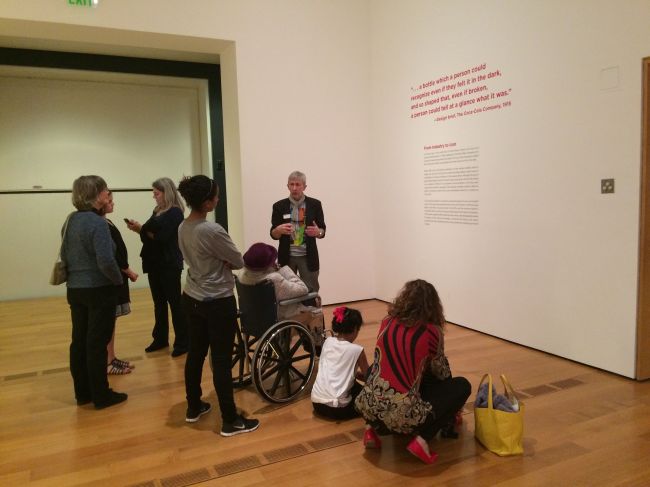 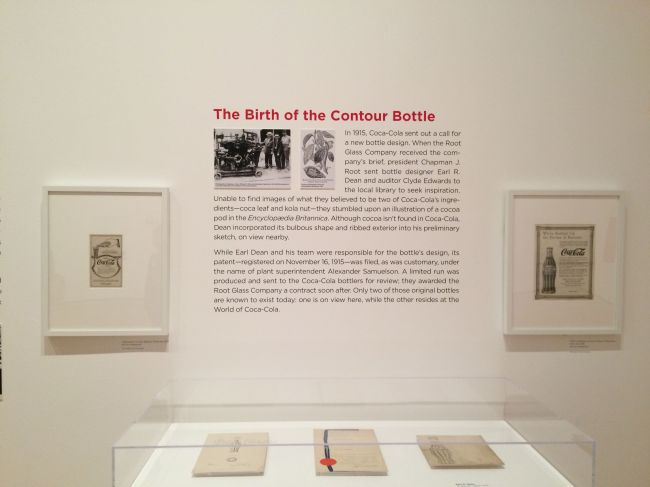 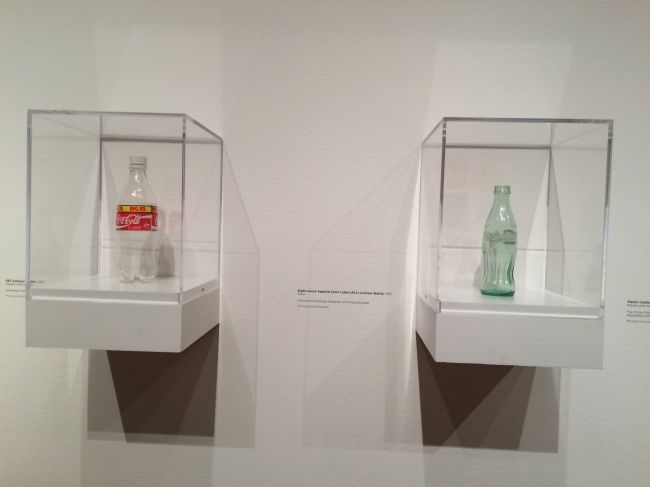 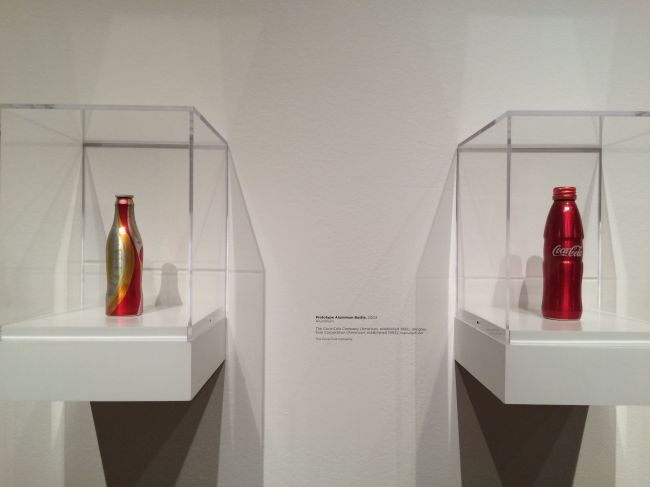 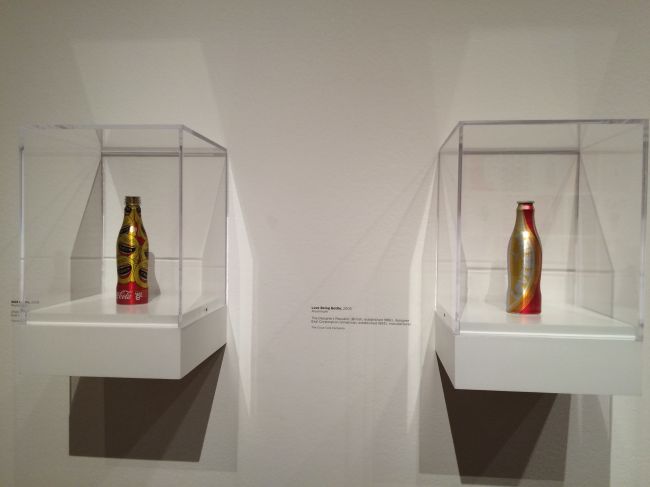 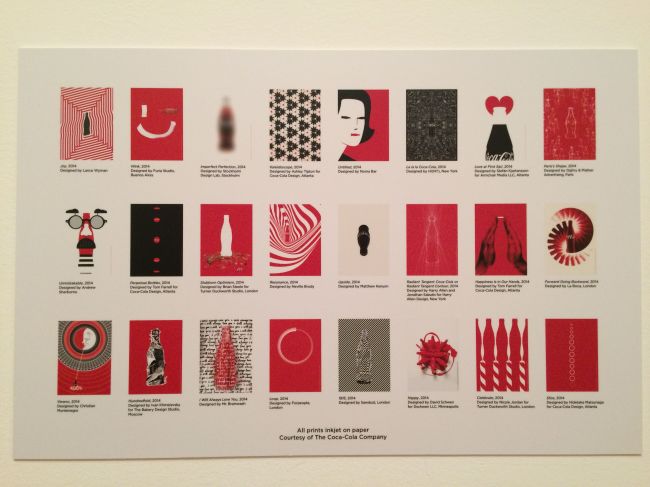 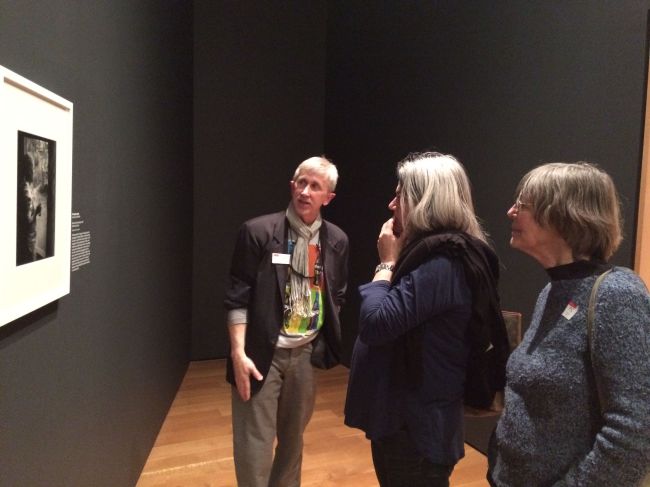 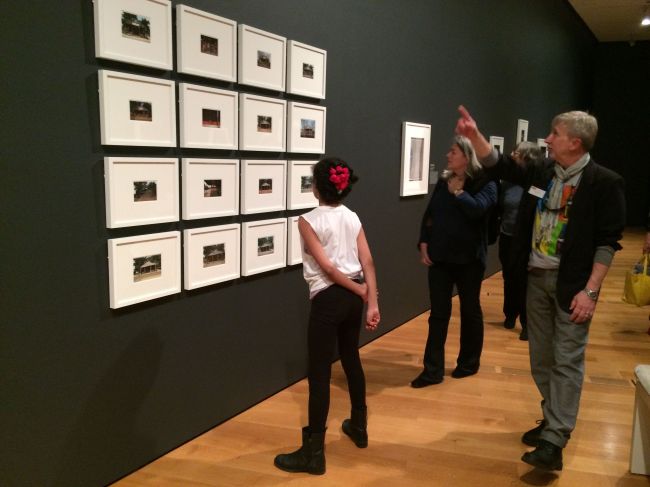 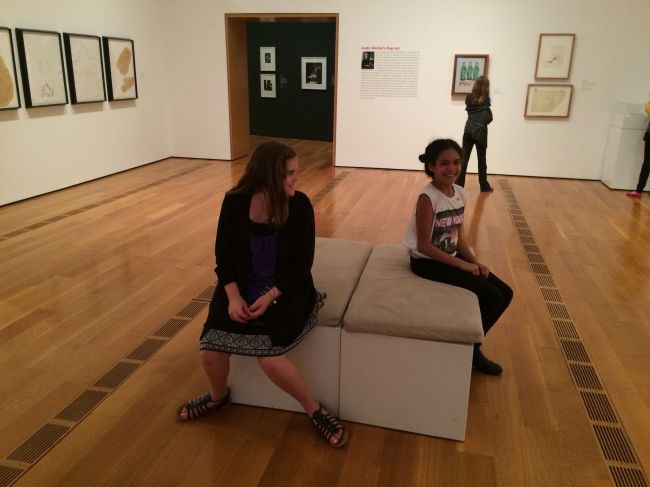